WHAT TO INCLUDE IN A SIZZLE REEL AND WRITING THE SCRIPT 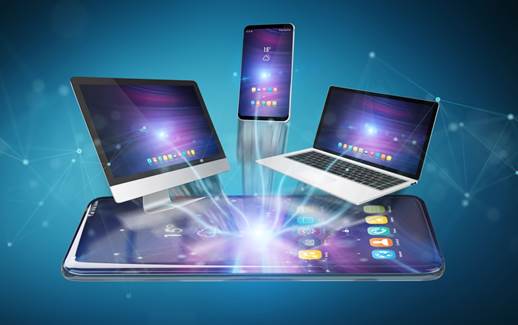 Once you decide to create a sizzle reel, which can be a book or script trailer or promotional video for any kind of product or service, you need the following major elements to create it. You can do this yourself, though if you are not experienced with video editing or don’t want to learn how to use a video platform, you can hire a video editor to create the sizzle reel for you.

A typical sizzle reel is about 2 minutes, ranging from about 90 seconds to 3 minutes, and is composed of these major elements:

To put these elements together, start with a script for the voice-over narration, and that will guide the placement of the photos or video clips.
The use of music is optional, although it helps to have a musical background that reflects the subject and approach of the book or film. Usually, the music background should be very low so the narration stands out — perhaps set to about 25-35% of the recording level. If there is only text without narration for the contact information at end, the music can either continue at that low level, or it can be raised to its full recording level.

You can easily adjust the timing of the photo images or video clips to match the corresponding narration. That’s because the photos can be extended to any length, while the video clips can be trimmed to the length of time they will be on the video. You can trim the video on some of the platforms offering stock videos or through the video editor used to put all the pieces of the video together.

There are various approaches to putting together these sizzle reels, based on the style of the video editor, the video platform they use, and your preferences. For example, some editors might incorporate fancy transitions, such as fades and dissolves and incorporate animations where special characters and text come in and out. Others might use a quick cut from one photo or clip to another, where the focus is on the story, rather than the visual tricks used to pitch your film. Another advantage of using these quick cuts is this approach helps to keep the costs down, whereas videos with all kinds of special effects can be much more costly.

I’ll describe how to obtain each of these elements, and in a future blog, I’ll show how I created some sample sizzle reels for my books and for clients. If you work with a video editor, you can be more or less involved at each phase of the process, ranging from leaving everything to the video editor after describing the project to providing the narration, music, and photo or video clips. Typically, you should at least provide the script which you or a writer you hire can provide. To lower the costs for creating the video, provide some or all of this material to the video editor.

Generally, the cost for a sizzle reel is about $1000-1500, depending on the length of the video, though you can lower the cost by providing some of the elements, such as the photos or video clips and the music.

Writing the script for the sizzle reel is a critical first step, since it will determine what photos or video clips you need to match the different lines of the script. The script is also used for the voice-over narration, as well as for any text used with or instead of the narration, although it is better not to use text with the photos or video clips, since it detracts from the images that tell the story.
In writing the script, aim for about 1500 to 2500 characters or about 250 to 450 words, which average about 5.5 characters per word. Then, since we speak about 150 to 170 words a minute, that works out to about 90 seconds to 2 ½ minutes.

The goal in writing this script is to quickly get the viewer interest, such as by leading with an intriguing question related to the subject of the book, film, product, or service. Or you can begin with a short logline to lead the viewer to want to know more. For example, a question might be something like: “What if a meeting with a stranger led to murder?” or “What if a marriage after a whirlwind courtship by a man who claims to be a multimillionaire is a sham to get your money?” Or an intriguing logline might start with a short summary of the story, such as “____is a suspense thriller about a man who is conned when he expands his business to China and gets kidnapped for a huge ransom.” If you are pitching a product or service, start off by quickly introducing the benefit, such as: “Do you want to know why so many weight loss programs don’t work?” or “You don’t have to suffer from job burnout anymore.”

Make the writing for the script as tight as possible. After the opening question or statement, briefly describe what the story or program is about. You can leave the ending with a cliff-hanger to get the viewer to want to know more or end with an invitation to take some action to learn more. Use action words and avoid detailed descriptions. If it’s a sizzle reel for a novel or feature film script, create a very short introduction to the highlights of the story or the main challenges the main character or character faces, and leave out the denouement of the story showing how these challenges get resolved. If it’s for a nonfiction book or documentary, feature the three to five main points of the book or film. If it’s for a product or service, highlight the three to five main benefits offered and how the viewer will obtain these.

Conclude with your contact information, including your company name, website, and email. Ideally, include your city and state and phone number, too. You might also mention what the person should do now to get whatever you are offering, which is the call to action or CTA.

In the next blog, I’ll talk about how to set up script for the narration, whether you use text to voice technology or a live narrator.