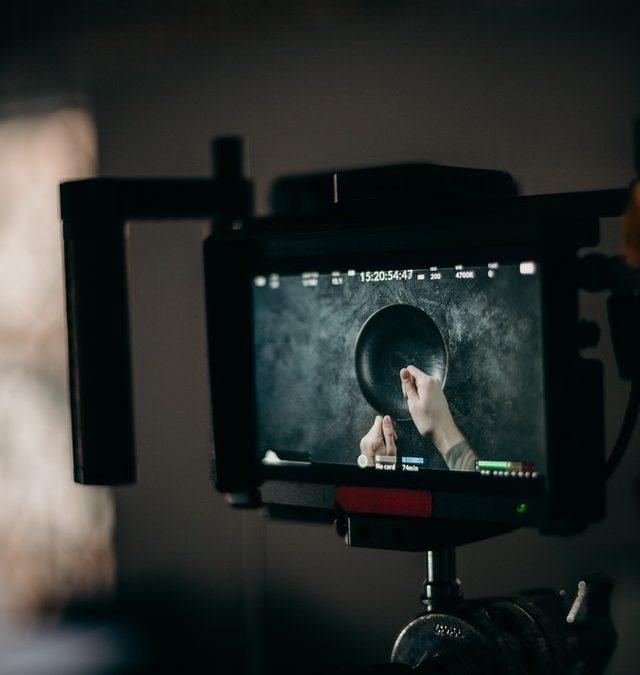 This is the first of a series of blogs and articles to show you how a sizzle reel, also known as a book or script trailer or promotional video, can help you make a pitch more powerful or compelling if you are trying to find an agent, publisher, or producer or promote your project once it is published or produced.

In fact, a sizzle reel can be used to introduce and promote any kind of product or service, such as if you are promoting workshops, speaking engagements, consulting, coaching, courses, or anything else based on your book. You can create a sizzle reel to build interest and sales, too. This article is based on a chapter on creating sizzle reels in my book: Turn Your Book or Script into a Film. If you want to learn more, I hope you will want to subscribe to this newsletter, which will feature tips and techniques for publishing, producing, and promoting books and scripts.

The Importance of Sizzle Reels Today

The reason that sizzle reels have become so important is because they pack the power of video to convey your message and make your pitch or promotion stand out. Today, videos are in over 80% of the posts on Facebook, Instagram, and other major social media, and they are featured in almost all sponsored advertising.

Once a sizzle reel gains the viewers’ attention and interest, it persuasively invites the viewer to buy now or learn more. Then, it includes a link to a home page, landing page, or site, so the viewer can make a purchase, register for a webinar or course, get a PDF as a gift, or otherwise get more involved in whatever you are offering. In other words, a sizzle reel is like a door opener inviting an agent, editor, producer, or prospective customer to enter and join the party.

Besides posting a sizzle reel directly on the social media along with a message about your book, script, or whatever else you are offering, you can post a link to the reel on your website, landing page, or YouTube channel. You can include it in a blog, article, press release, or email. I have used all of these methods for myself and for clients in mailings to editors, agents, producers, distributors, book reviewers, and the media, and I have found about two to five times more responses when there is a video link in these emails.

Another way to check on the effectiveness of these videos is to look at the number of views for each video on YouTube. After doing so for several months, I have found much higher views and likes for the sizzle reel videos when I have featured them in a social media posting, press release to the media, or email query to pitch a book, script, or film.

Thus, the sizzle reel has become a very important tool for pitching or promoting anything. It helps your proposed project or product stand out among the many hundreds and thousands of pitches which agents, editors, producers, and media people get each week. Accordingly, when you initially make any kind of pitch, whether online or in person, indicate that there’s a sizzle reel and provide the link or a thumbnail to click to see it. That will help you stand out.

Then, once contacts see the video, that can perk their interest, so they want to learn more about whatever you are offering, such as a book proposal, logline and synopsis, complete manuscript, script, book PDF, or link to buy the book.

What Goes in a Sizzle Reel

So what does a sizzle reel include? Essentially, a sizzle reel a short video trailer for your book or script, or for both if you are seeking to turn a book into a film. It can also be used to promote a presentation, workshops, seminar, course, professional service, or product. It typically is about 60-120 seconds, though some may be up to 3 minutes. If it’s any longer, that’s usually too long, since you want to quickly attract interest in learning more about your book, script, or whatever else you are offering.

A sizzle reel for a script is different from a film trailer, since the latter is created after the film is made with scenes from the film, and the film trailer is designed to pitch the film to a distributor to distribute the film or to a retailer, such as Amazon or iTunes, to sell the film. The film trailer is also be used to get prospective viewers to want to see the film online or in a theater. Another big difference from a sizzle reel for a script is that a film trailer uses video clips from the completed film to get everyone excited about distributing, selling, or seeing it.

By contrast, a book or script sizzle reel uses photos or stock video clips, along with narration and music, to present your message in a dramatic, compelling way. While it is always possible to work with a videographer to create original footage, this can cost several thousand dollars, so commonly stock video clips are used to cut down costs, and now these are available from a number of services that offer video clips.

The process of creating a video starts with a script, and then adding in the narration and the photos or video clips to fit the narration. That’s what I’ll talk about next article on how to create a sizzle reel.