Subject Line: The Resilience of Love 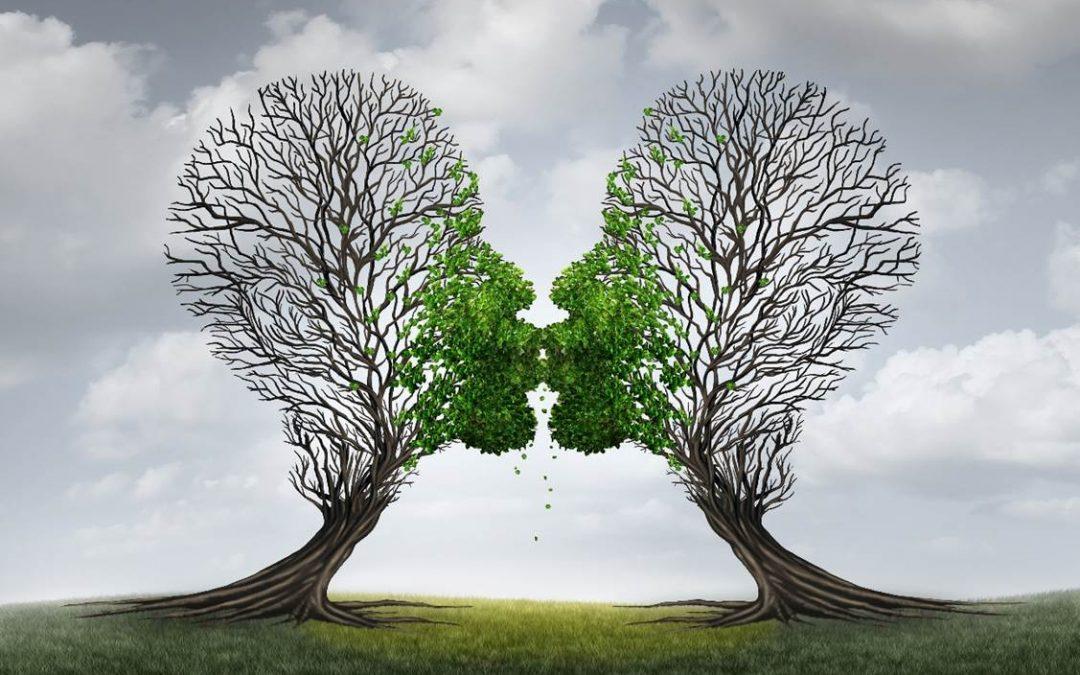 Have you ever wondered why love is so resilient, so that individuals who have experienced the loss of love, often accompanied by intense heartbreak, commonly come back for more? In many ways this resilience in love is like the resilience in all areas of life. It’s a subject I started thinking about after writing a love song about this subject: “Now I’m Ready to Love Again”.

There are numerous examples of this resilience in business in the form of comebacks after experiencing a business defeat. For example, reportedly entrepreneurs experience seven failures before they ultimately succeed. As a result, they may be down and out, from being bankrupt to losing their home and family, but they come up with another idea, find more backers, and are ready to start again.

Likewise, investors can choose their investments badly or face a sudden downturn in the market, so they experience a huge loss. But then they take a chance on other investments, while the company that failed may rally and return even stronger than ever.

Even criminals arrested and jailed for perpetrating a burglary or other crimes often do what they have always done and try again, though they may attempt to use better methods to succeed where they previously failed.

This spirit of resilience similarly affects those who experience catastrophe in a storm, such as a rampaging hurricane or tornado, or in a fire. Their house may lie in ruins, but they rebuild in the same or another area.

You can also see this idea of resilience in sports, where individuals or teams return from a loss to compete again. As an example, boxers and fencers engage in rematches, runners and swimmers enter another race for a winning score, baseball and football teams seek to do better in the next game or season, and players who get injured or ill seek to return after they heal.

The race to space is full of such examples, too, such as when a test rocket fails and the scientists strive to fix the problem. Then, the company sends up more test rockets again and again, until there is a final success, such as in the launch of the rockets with Richard Branson and Jeff Bezos.

The same thing occurs after a person experiences a terrible injury or illness. Most individuals seek to come back as best they can. Some even become motivational speakers or speak on behalf of a cause that led them to suffer an injury, such as Gabby Giffords, who was shot in the head after a successful win in Arizona. But she struggled to regain her ability to walk and speak, and she is again an advocate for gun safety.

Creative artists, too, continue their craft, despite numerous setbacks, because they are determined to share their vision and ultimately achieve financial success.

In short, all life is about overcoming challenges. No wonder survivor stories in books and films are so popular in telling the experiences of individuals who have overcome very dangerous conditions to share their message of healing, survival, transformation, and triumph.

It’s the same with love. If one love relationship fails, individuals are usually ready to try again, after recovering from any feelings of sadness, grief, or anger over their loss. It can take some time to go through the healing process, but after a while, they are ready to try again — as the song Now I’m Ready to Love Again describes. As the singer explains, he felt he was lost at sea, but then he found new things to do, new places to go, and discovered a brand new me, so finally he was ready to love again.

You can listen to Now I’m Rady to Love Again on any of the major platforms, such as BigSynch Music and TikTok, and on the YouTube channel for Changemakers Music at https://youtu.be/aAqlhNOMaXY or for Changemakers Publishing at https://youtu.be/LpUNhlZhRLo. Or go to either channel to listen to dozens of other songs, which include songs about love, everyday life, society today, and inspirational feel-good songs.