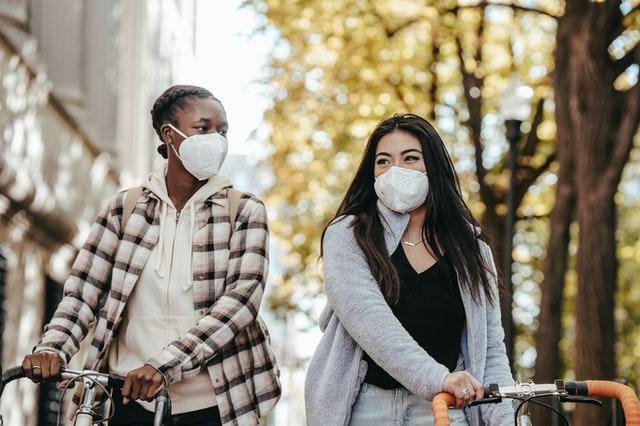 When I think about this past year, the Pandemic has actually changed me for the better, though there are many things I have missed.

Like everyone else, I miss the many one-on-one canceled meetings, so I have lost my usual connections with the business community, since I used to go to regular Lafayette, Walnut Creek, Pleasant Hill, and Danville Chambers of Commerce meetings and other networking events.

I have also missed going to conferences, conventions, and happy hours put on by various groups I belong to.

However, since I work as a book and script writer, both for my own books and for clients, this has given me more time to work on various types of writing. A key reason is that many ghostwriting clients were suffering from their own loss of work and business, so they could no longer afford to hire a ghostwriter and had to put their projects on hold for a while. Thus, I suddenly had more time to write for myself.

My own writing has focused on helping others become more inspired and joyful and adjust to the changes in their life due to the pandemic – through books, songs, films, articles, and blogs.

One unexpected development was that I started writing songs again, many inspired by the pandemic or to help people better cope with their experience; and I found a collaborator who has written the music, sings, and recorded the songs. I previously wrote songs between 1993 and 2006 and belonged to several songwriting groups in California and Nashville.

But now with all the extra time I had due to the pandemic, songwriting became a new career, and my co-writer and I now have about 60 songs that are distributed through SongTradr, and I have collected these songs into seven books that include lyrics and links to the recordings on YouTube.

For example, some of the songs include:

I Remember the Good Times

living in a new high-tech world: Living in a High-Tech World

You’ve Got to Authenticate

The Ups and Downs of Everyday Life

You can see the complete collection at Changemakers Publishing on You Tube.

Another development has been creating a series of documentary films with a producer/director team. Since we haven’t been able to film features with actors, we have done a half-dozen uplifting documentaries to help people feel better, and we have gotten distributors for all that have been completed.

The documentaries are based on interviews with about 20 interviewees and a half-dozen experts on the topic.

“The Courage to Continue”, about people overcoming challenges in life to gain fulfillment

and “Be Kind”, about the power of kindness to help or be helped by others

Finally, I have been able to complete about a dozen books during this time, including seven collections of song lyrics and links; an inspirational book The Survive and Thrive Guide featuring over 500 quotes by well-known people dealing with overcoming anger, fear, and anxiety, and having courage, forgiveness, gratitude, featured by Leadership Books; The New American Middle Ages, about how today is like medieval times due to inequality, and what we can learn from what happened then, being published by Waterside Press in about a week; and What’s Your Dog Personality Type? a book about better understanding yourself and others and having better relationships based on the types of dogs you are most like.

(It’s like a combination of Myers-Briggs, the DISC system, and color profiling, but with four popular dogs – the German Shepherd, Pomeranian, Golden Retriever, and Border Collie).

It will be out with Waterside Press in about six weeks. Plus there is still another book they will be bringing out on How to Turn Your Book or Script into a Film, since I have been doing this during the pandemic, too.

In short, I have found creative and productive ways to use all of the extra time I have during the pandemic, and I plan to turn these experiences into books and other materials to help others both during the pandemic and after it ends.